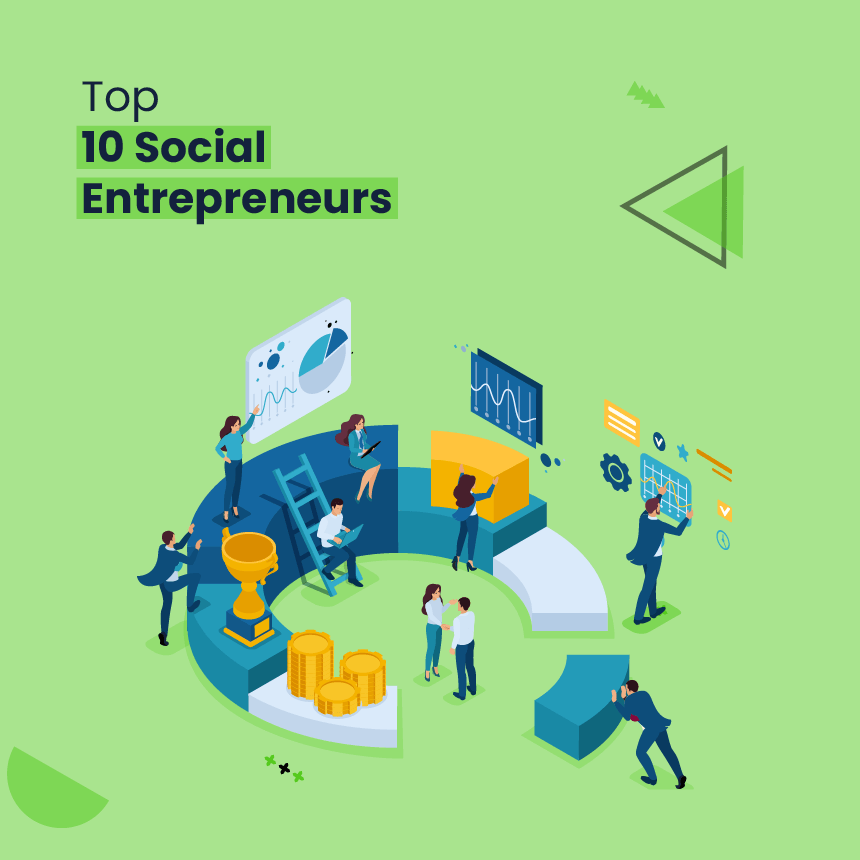 These social entrepreneurs use their expertise and commercial knowledge to improve the world by fusing a conventional company model with a crucial social mission. They have been making significant changes in communities worldwide for decades. They are demonstrating that profitable companies can be socially and environmentally responsible, in addition to watching the bottom line. Here, we showcase just a few of the outstanding social entrepreneurs.

Not only is Bill Drayton a fantastic example of a social entrepreneur. He was the one who contributed to the definition and popularisation of the phrase “social entrepreneur.” Drayton established the multidisciplinary organization “Ashoka: Innovators for the Public” in 1980, intending to identify and assist social entrepreneurs worldwide. In 73 different countries, the Ashoka Foundation has supported more than 2,100 fellows. Some of these businesses later evolved into social enterprises with significant global influence.

Drayton also serves as chairman of getting America Working, Youth Venture, and Community Greens! The Ashoka Foundation has also supported almost 2,100 fellows in 73 different nations. Many of these businesses have evolved into well-known social enterprises that have had a profound impact on communities all over the world.

The New York Times best-selling novel Yoga Girl author is Rachel Brathen. Her Instagram account, which has 2.1 million followers, also goes by this name. Rachel hopes to link yoga instructors with those who require healing in addition to giving yoga poses and advice.

Brathen ponders the possibility that social media could serve a charitable purpose. She runs the web channels one-eight. TV, which provides services for meditation, yoga, and health. As if that weren’t enough, she also oversees 109 World, a socially conscious website that aims to address eight pressing world issues, such as gender inequality, water pollution, and food security.

Muhammad Yunus is perhaps one of the first names that come to mind when discussing social entrepreneurs. Yunus, who has written several books and shared his knowledge of microfinance and social capitalism, has essentially written the book on social entrepreneurship. Yunus is the creator of the Grameen Bank, a company that offers microcredit loans to those in need to help them become financially independent. The bank was established in 1983 and had more than $10 million in net revenue. Yunus was awarded the Nobel Peace Prize in 2006 for his work with the institution.

The Malala Fund, named for Malala Yousafzai, the youngest recipient of the Nobel Peace Prize, was founded by Shiza Shahid. The two were both born in Pakistan. They first connected in 2009 when Yousaf agreed to assist Shiza in organizing a camp for her and other Pakistani girls.

The Taliban shot Yousafzai in 2012 for advocating for female education; she survived and vowed to carry on with her efforts. Shiza was moved by Malala’s tenacity and commitment and decided to assist with campaign planning. After graduating from Stanford, Shiza oversaw the establishment of the Malala Fund, which promotes and advocates for women’s and girls’ access to education.

Club promoter Scott Harrison opted to lead the nonprofit group charity: water after having an epiphany in Liberia and making it his goal to alter that. Thanks to the organization, more than a million individuals in 17 nations have received clean drinking water. Unfortunately, millions of people around the world (some estimates put the number at more than a billion) struggle daily with a lack of access to clean drinking water.

With his company expanding by more than 100% in the first quarter of 2011, Harrison is perhaps one of the most successful social entrepreneurs of all time, despite the severe economic crisis that rendered many comparable endeavors inoperable. Harrison claims that he views charity: water as an unprofitable for-profit firm, declaring, “We donate all of our profits.

The strategy appears to be working for Harrison, and Harrison has already developed a fresh approach for other social entrepreneurs to follow. Our shareholders are individuals in 17 different nations eagerly awaiting the arrival of a rig that will enter a village and bring clean water to its few hundred inhabitants. Even though we are a nonprofit, we use the word business far more frequently.”

In contrast to many of these other businesses, the founder of TOMS, Blake Mycoskie, is on this list because practically everyone aware of pop culture has heard of this social brand. After visiting Argentina, Mycoskie established TOMS in 2006 after learning that many kids suffer illnesses or injuries due to not having access to shoes to wear. Its popularity has exploded, which is advantageous for both Mycoskie and the people TOMS wants to assist.

To address this, he founded TOMS, a company that gives away one pair of shoes for every pair purchased. In 2011, the business unveiled a new program to donate a pair of glasses or fund eye surgery for every pair of sunglasses or eyeglasses purchased. The company has already given away more than a million pairs of shoes.

Seventh Generation is a manufacturer of cleaning, paper, and personal care products created in 1988 by Jeffery Hollender. Since many of today’s top cleaning and personal care products contain harsh chemicals, the company focuses on developing solutions with a lower environmental impact. Additionally, the company contributes 10% of its pre-tax earnings to organizations and companies that support the local community, the environment, and ethical business practices.

Hollender and his collaborators have turned Seventh Generation into a significant corporate force, generating over $150 million in revenue in 2010, despite sticking to practices many companies argue limit earnings. Although Hollender was demoted from his position at Seventh Generation in 2010, his progress in social entrepreneurship hasn’t slowed down. He is a member of the Social Venture Network, writes books on ethical business methods, assists with the American Sustainable Business Council, and founded the Community Capital Bank.

Sanjit “Bunker” Roy, a social activist and businessman from India, has assisted thousands of people in Asia and Africa in acquiring essential technical skills and bringing solar power to their occasionally isolated villages. Roy established Barefoot College, a program that trains illiterate women from underprivileged areas to become doctors, engineers, and architects. The college’s campuses are even more impressive because they are all solar-powered and frequently created by previous students.

Instead of establishing the college to benefit personally, Roy wanted to aid his own India’s women’s economic production and quality of life (though some aspects of the project have spread to Africa as well). He has been relatively effective in accomplishing that goal because women lead and manage most of the operations at Barefoot College.

Willie Smits, a microbiologist, never truly intended to become a social entrepreneur. Still, his career abruptly changed course after he discovered an abandoned newborn orangutan in 1989 while conducting research in Indonesia. The Borneo Orangutan Survival Foundation, which Smits founded to aid orphaned or endangered apes and teach villagers about sustainable farming practices and the advantages of reforestation, grew out of Smits’ work with orangutans.

Smits also participates with the Masarang Foundation, an incredibly innovative social company that uses thermal energy to convert sugar palm juice into sugar and ethanol while maintaining the region’s trees. This enterprise creates jobs and power for the local people. Smits has been honored for his efforts with a knighthood in his home Netherlands, an Ashoka Fellowship, and several other conservation-related honors.

Mark Koska revolutionized medical equipment by developing a disposable, low-cost syringe for clinics with limited resources. This development protects against the spread of blood-borne illnesses. Koska established the SafePoint Trust in 2006, which uses Auto-Disable (AD) syringes to administer 4 billion safe injections in 40 different nations. Koska is recognized as one of the 2015 Schwab Foundation Social Entrepreneurs of the Year for his ground-breaking approach to global health concerns. In February 2015, the World Health Organization published a global directive on safe injections. Watch Mark’s TED Talk, “1.3 Million Reasons to Re-invent the Syringe,” for more information.

These ten exemplary social entrepreneurs utilize business to make money and address some of the planet’s most complex social issues. There are many different types of innovation, and it’s incredible when clever concepts can solve major social problems. Social entrepreneurs choose the less-trodden path to create thriving hybrid enterprises with triple-bottom lines. 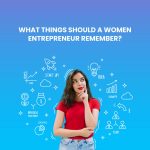 Tips for women entrepreneurs while starting a new business September 20, 2022 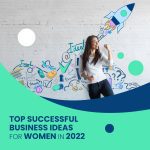 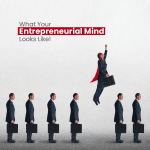 The 10 Characteristics Of An Entrepreneur September 14, 2022 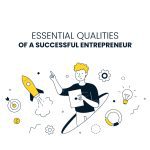 What Are The Main Abilities Of a Successful Entrepreneur? September 13, 2022 A Step-By-Step Guide To Becoming An Entrepreneur September 12, 2022 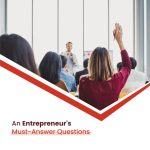 A list of questions that every entrepreneur needs to ask September 9, 2022
VIEW ALL POSTS BY admin-entreprenuerideas Characteristics of Successful Entrepreneurial Growth May 3, 2021 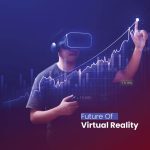 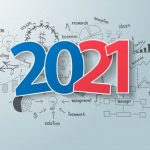 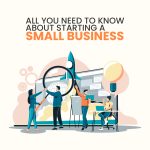 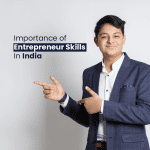 Why Should One Develop Entrepreneurship Skills In India? August 26, 2022 What Makes a Company Successful at Using AI? April 8, 2022
Previous Post Why Should One Develop Entrepreneurship Skills In India?
Next Post How to Create an Entrepreneurial Ecosystem?